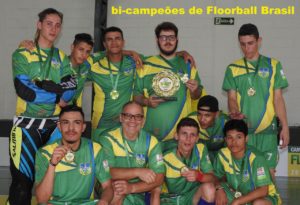 Floorball originated in the 1950s and was played as ground hockey, a summer variant of ice hockey, in USA schools and colleges. In 1969 Carl-Ake Ahlquist brought the sport to Europe, and then floorball was developed in Sweden (innebandy), Finland (salibandy) and Switzerland (Unihockey), until it took its current form in the early 1970s. National associations from these countries founded the International Floorball Federation (IFF), which in the following years promoted the global development of the sport and created national associations on all continents.

Floorball is a collective modality, practiced on the court where boys and girls can compose the same team. The objective of the game is to place a 72mm diameter plastic ball with 26 holes in the opposite goal, using a light stick. In the official court (20X40m) there are 5 on the line and a goalkeeper and on the court.

Since 2010, Recanto Esperança has developed the Floorball sport and as it is an easy sport to

learn, and without physical contact, Floorball can infect children, youth and adults. In 2013 Recanto

it now has two coaches – teenagers from Recanto itself – teaching children, teenagers, youth and adults. Today there are already four coaches and seven instructors.

Floorball4All, from Switzerland, brought the sport to Curitiba and in the following three years, a team of Swiss trainers, trained coaches here. With this investment from Recanto, today we have 7 instructors and 4 active coaches, training people in the sport weekly.

In 2013 the Recanto team, Hockstar, was created. who has already won several titles in several championships in the most diverse modalities. 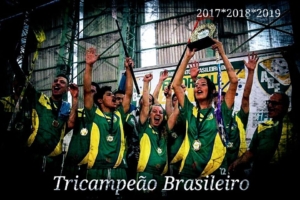